To: Senate Committee on Labor, Culture & The Arts

The Hawaiʻi Workers Center (HWC) is a resource and organizing center that addresses the issues and concerns of unemployed workers, low-wage workers and immigrants. For the past several months, we have been publicly advocating for unemployed workers, urging the Department of Labor & Industrial Relations (DLIR) to reopen its unemployment offices and provide safe, direct, in-person services for the thousands of workers who have been furloughed or permanently laid off since March 2020. Given the poor condition of DLIR’s archaic mainframe computer, the difficulty of submitting a claim, and the department’s failure to be responsive to claimants’ emails and phone calls, direct servicing that keeps claimants and public employees safe is urgent and essential.

According to the United States Bureau of Labor Statistics, in 2020, 23.7% of wage and salary workers were members of a union here in Hawaiʻi. That is more than twice as high as the 10.8% of employed wage and salary workers in the U.S. who were members of a union in 2020. While we should appreciate the historic gains of Hawaiʻi’s labor movement, which has allowed for us to have a higher average of unionized workers than the rest of the country, we need to build on the legacy of their struggles on the picket line. The Protect the Right to Organize (PRO) Act of 2021 can help!

Considered the biggest labor law reform since the Taft-Hartley Act of 1947, the PRO Act would make it a lot easier for workers to organize a union in their workplace, while limiting the power of their employers to interfere in that process. It would, among many other provisions, stop employers from requiring their workers to attend anti-union captive audience meetings, allow for secondary boycotts, stop employers from permanently replacing striking workers, and ensure that new unions are able to reach a first contract. The content of this legislation as well as the national organizing effort and political battle to get this passed, has the potential to revitalize the labor movement in this country, putting power in the hands of the workers again. We at the Hawaiʻi Workers Center support strengthening or adding provisions into our labor laws, like the PRO Act will do, to protect workers’ right to form unions or associations to collectively bargain, advance their interests and improve their work conditions and standard of living.

Locally, we have to keep in mind that 23.7% means that most of the workers here in Hawaiʻi are not union members, including the low-income workers and immigrant workers that HWC seeks to empower, who may not be aware of their rights. We need to also include in their ranks, the workers who have lost their union jobs because of the COVID-19 pandemic. We hope that regardless of whether or not the PRO Act passes Congress, Hawaiʻi’s labor movement will organize the unorganized once more.

Please pass SCR164/SR129 out of your committee, allowing for it to be considered by the full Senate.

Which side are you on? 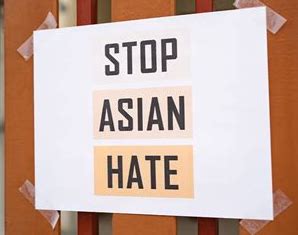